The In Recovery report shows you how many declines are currently in the decline salvage process for a selected date period. You can see the following values: 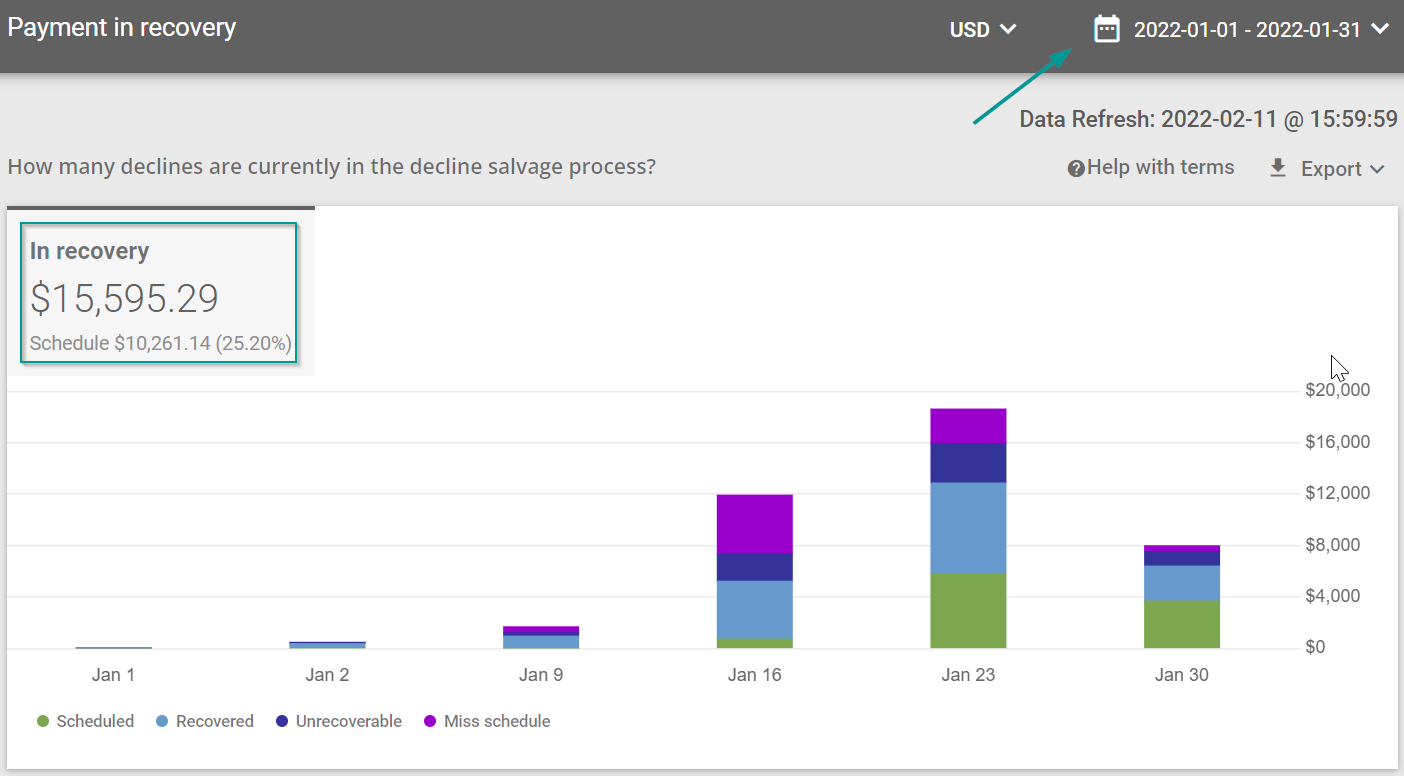 The bottom section of the report offers you a weekly breakdown. You can choose between "Decline value" to see the actual dollar amount,  or "Decline Count" to see it in terms of transaction numbers.

The data can be further drilled down by clicking on a specific Transaction Period to see amounts per day. 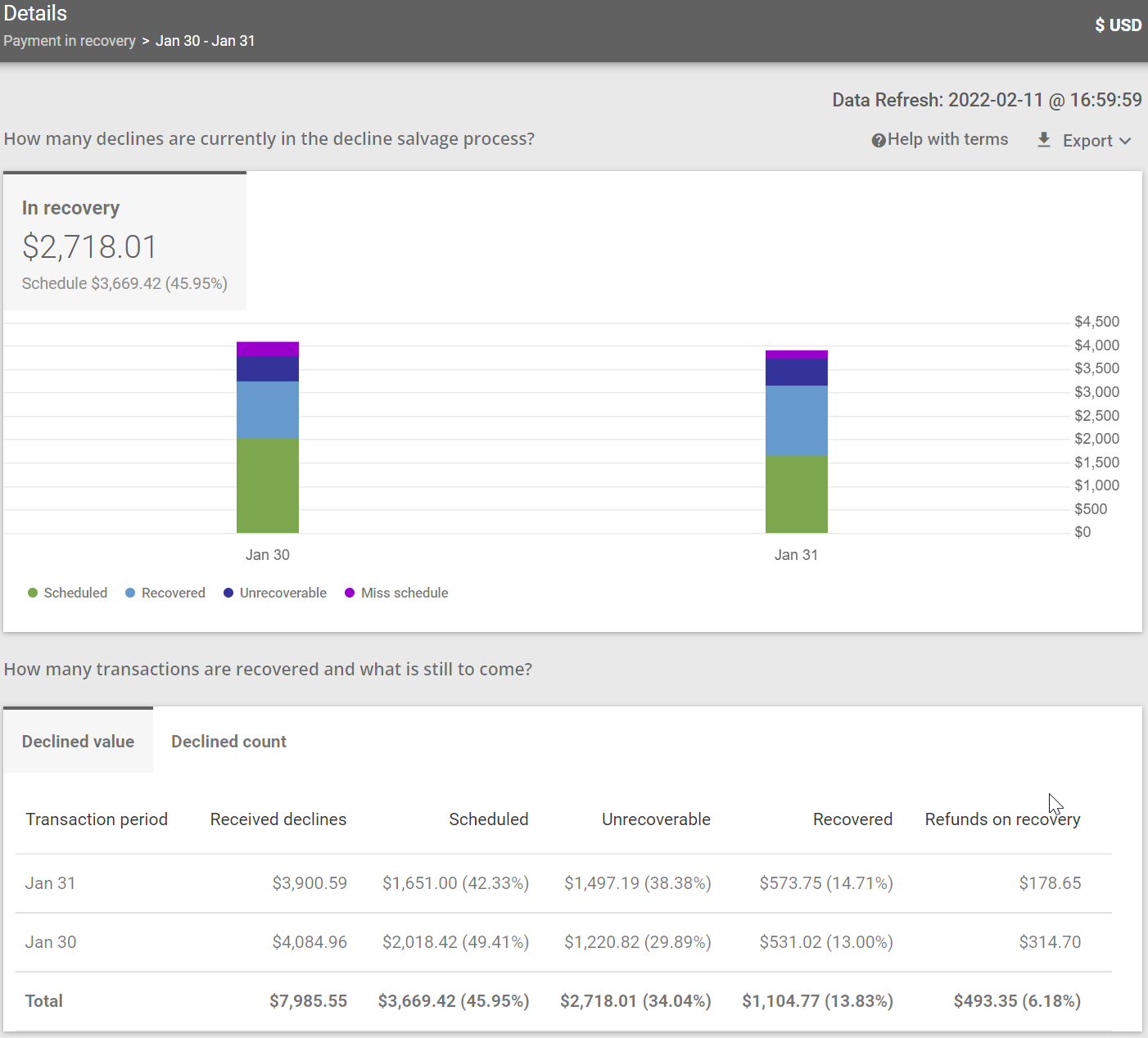 Note: You can export any of the reports or their respective transactions at any point from the Export option located below the date range menu. Please visit How to export Reports or Transactions from the Client Portal for more details.