Here are some code types: 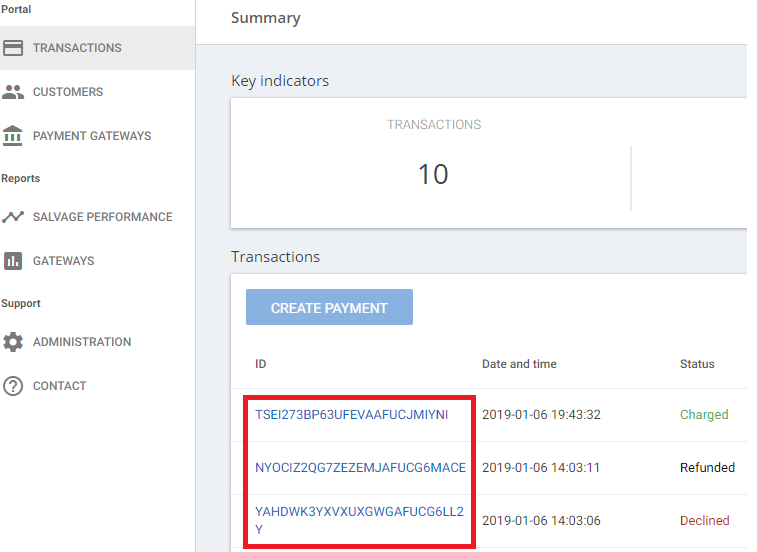 Within the Payment Card and Decline Salvage Industry, there are many transaction codes that occur. Listed below are some of the most common error codes we see most often.

With this response code the transaction was approved.

For declined transactions with the following codes, the underlying reasons for declining are due to the cardholder’s account, the credit card issuer, or the merchant account declined this particular transaction.

Declined Transactions due to Merchant Gateway

For transactions with the following codes, they were declined due to an issue with the Merchant gateway that was used. On the same detailed transaction page, we can see another field “Payment gateway:” which will tell us which payment gateway on FlexPay was used in this transaction.

Transactions previously created on an external CRM or FlexPay are failing

If you manually created a transaction on an external CRM or FlexPay itself you may see one of the following response codes if it was inputted incorrectly.