You can also select specific date ranges to view transactions from the top right header section. Click on the grey drop down arrow to choose your dates. Note that the date selector will only allow you to choose past and present dates but not future dates as there would be no transactions to report yet. 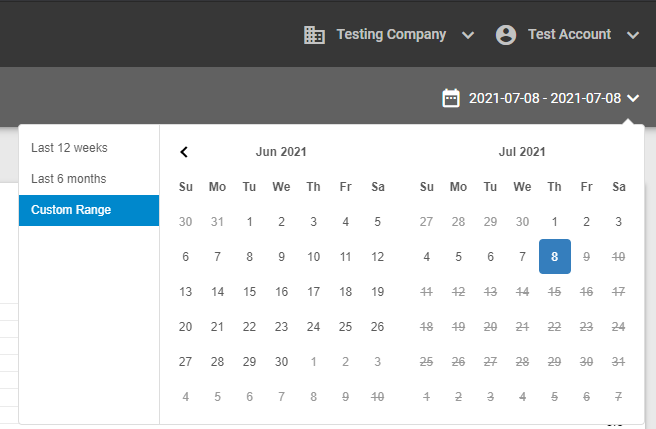 When reviewing the transactions page, there are four key indicators (summary of the loaded content):

The page loads in increments of ten transactions. To load more data, click on the blue "More Items" at the bottom of the page, and another 10 items will load. 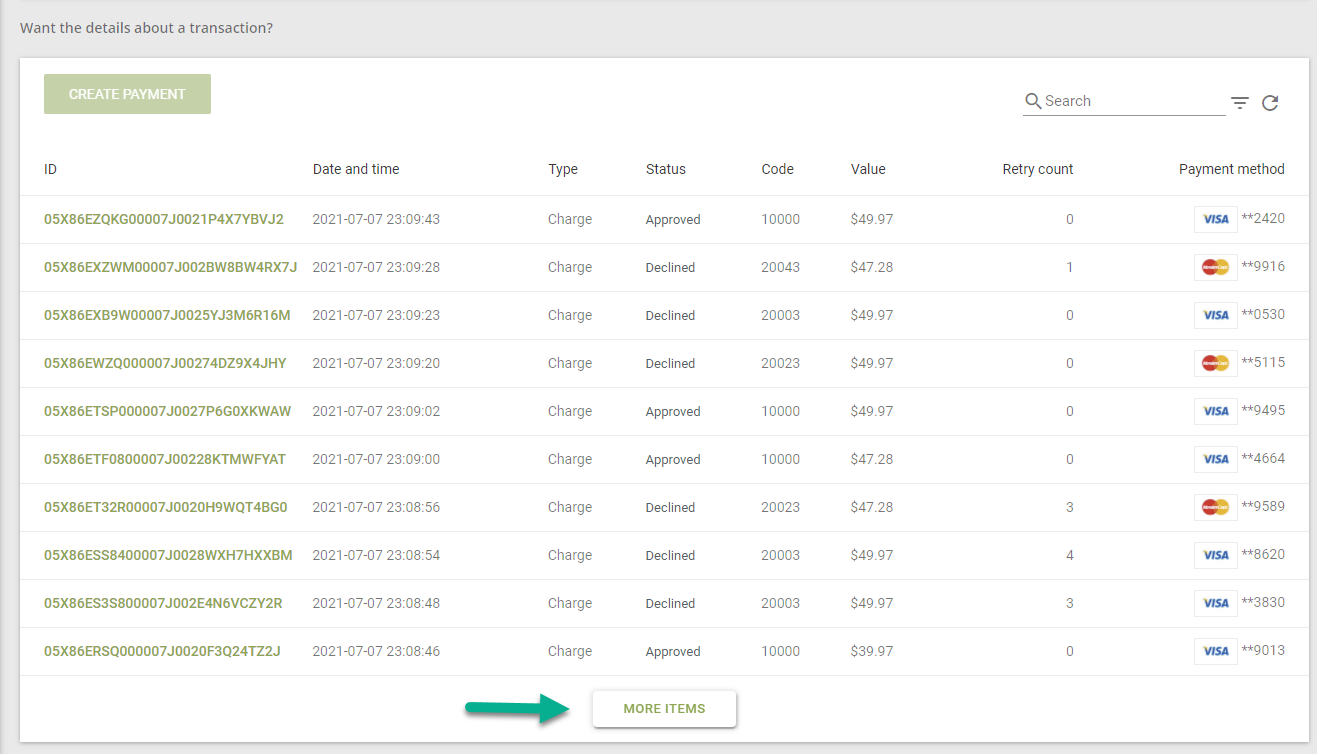 As you load more transactions, the summary at the top will update accordingly. However, depending on the status (declined/charged) of those transactions the other key indicators may change as well (as seen in picture below).

The second part of the page provides information as the transaction is drilled down by filter range.

Here you can view full details of the transaction. Points of reference depicted in the picture are: 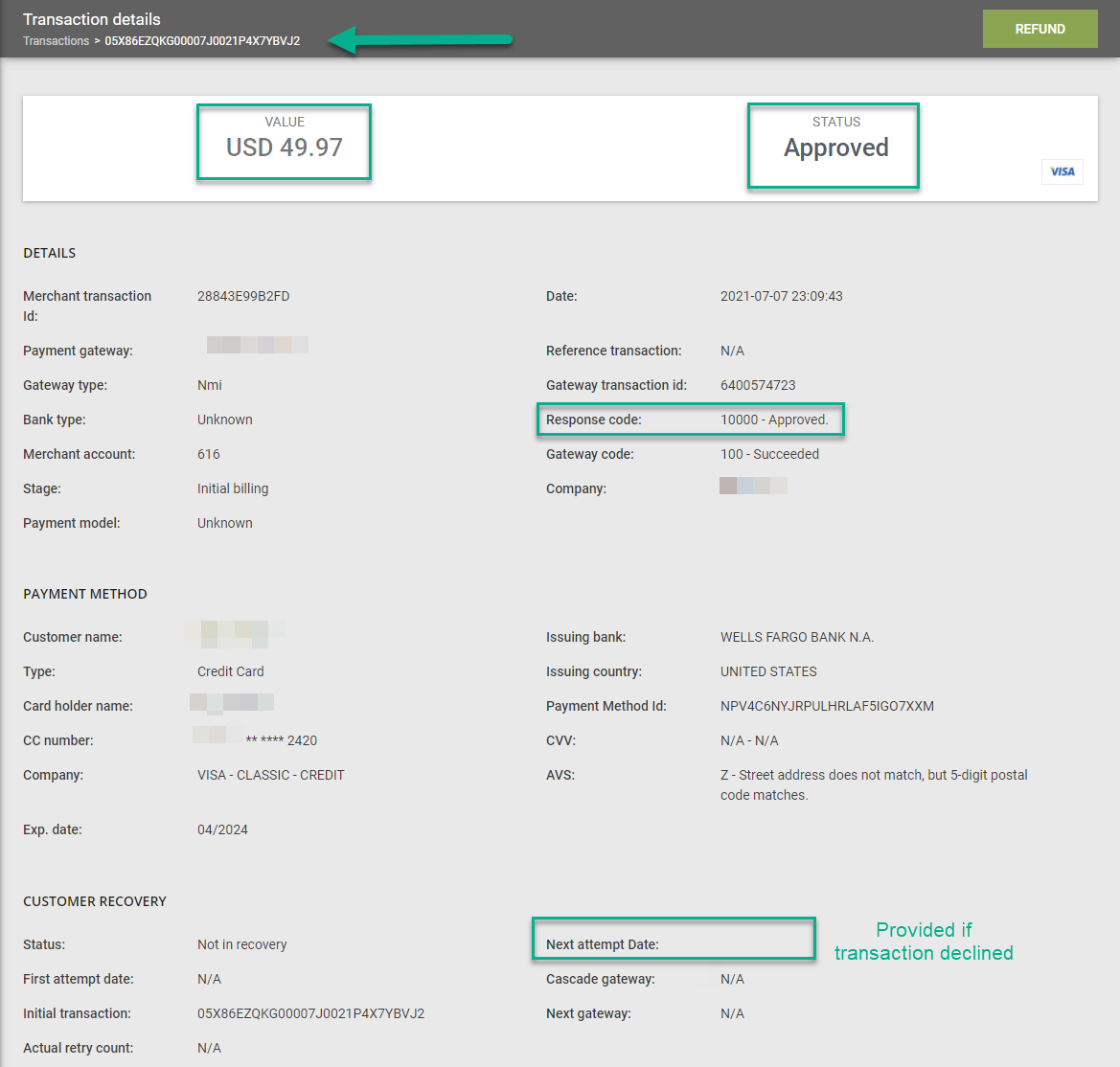